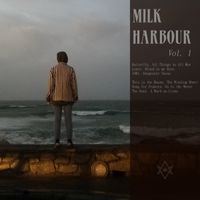 From the recording Vol. 1

On the day you are born you are gifted a box of lion cubs by the neglectful owner of a run down circus. Attached to the box is a note that says, "you are the ringmaster now".

The owner, because he is drunk or broken or simply uninterested, gives you no further instruction so it doesn't seem odd when the lions begin to act out.

They're lions, you think to yourself, they're meant to be wild.
But lion cubs mature much faster than human children so soon you have a pride of
adult lions snarling and pacing around you.

One is very affectionate but doesn't realize its strength and sometimes plays too rough. One is very loyal but lashes out with tooth and claw if it ever senses uncertainty.

One is fearless to the point of recklessness and often hurts you or puts you in harm's way. One is very trusting but if you make a single mistake it will slice you open and never trust you again.

One is very intelligent but is often influenced by the others which lead it to become furious when things go wrong. One offers nothing but whispers and taunts when the others have worn you down to your weakest.

And there you are, a child alone, surrounded by these beautiful and terrifying animals with no idea how to make them behave.
So you build a cage and lock yourself up with your lions. You let them out when they are quiet. But they never stay quiet for long.

Now you're an adult. People see you going about with your lions. They are drawn to the air of honesty, affection, loyalty, fun and intelligence that follows you.

Love, and the discovery that lions are jealous creatures. Mercurial animals that lovers can't tame. Soon they grow tired and when they crawl out of the cage, cut to ribbons they curse you, and your lions.

And so it goes for years. So many people come and go that you can't remember all the names. Some stay a year or two, some only a day. While you begin to hate the lions.

You try to bargain with them but you have nothing they need. You try to outrun them but they chase you like prey. You try to poison them and strangle them and make them bleed but they are mighty creatures

Eventually, if you haven't died from your wounds and loneliness too, you accept that they're your lions. And you find a kind ringmaster with scars of their own to teach you how to tame them.

But lions are wild and lions are strong. If you take your eye off them they might rip you to shreds. But you're the ringmaster of your own circus now.

So don't let go of the whip.